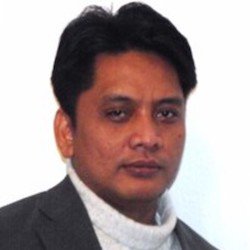 Surya Hermawan started his academic studies at the Faculty of Civil Engineering, Andalas University, Padang Polytechnic State. In 1997 he completed his studies with a final project in the field of building and water construction. In the same year, he continued to Civil Engineering at Gadjah Mada University and completed his undergraduate program in 1999. Then in 2000, he continued his postgraduate studies in Coastal, Marine, and Port Engineering, Gadjah Mada University. He completed his study in 2002 with the thesis title Forecasting and Utilization of Wave Height in the Western Region of Indonesia. From 2009 to 2014, He continued his doctoral studies at Coastal Geoscience and Engineering the Coastal Research Laboratory, the Research and Technology Centre, Westcoast, Kiel University, Germany. During the study, the author faced challenges as well as opportunities for multi-disciplinary studies, especially: Hydrodynamics, Biology, Chemistry and Marine Economics with the dissertation title Improvement and Application of a Decision Support System for Sustainable Floating Net Cage Finfish Cultures Development in Indonesia, which was funded by the Directorate General of Higher Education (DGHE) Indonesia, the German Academic Exchange Service or Deutsche Akademische Austauschdienst (DAAD), the Research and Technology Center Büsum / Forschungs-und Technologiezentrum Westküste (FTZ) – Büsum and the International Center and Career Center of Kiel University-Germany. Since 2016, the author works as a Lecturer and Researcher at the Faculty of Engineering and Planning of the Petra Christian University (PCU) Surabaya Civil Engineering Study Program. Some of the books that the author and the team have written include Environmental Science, Fluid Mechanics, Hydrological Engineering, and Hydraulics. Until now, he is actively conducting community service and research supported by various institutions including the Center for International Migration and Development (CIM), Deutsche Gesellschaft für Internationale Zusammenarbeit GmbH (GIZ), PCU Research and Community Service Institute (LPPM), Directorate General of Higher Education (DGHE), as well as other private institutions that support these activities.