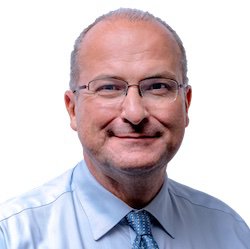 Peter van Tuijl is the Director of Nuffic NESO - Netherlands Education Support Office - in Indonesia. He oversees the work of Nuffic in Southeast Asia, including the office in Vietnam, and is Nuffic's Programme Director for EU-SHARE. In Indonesia, Peter has worked for Kemitraan, Partnership for Governance Reform, and as an Advisor to the Indonesian National Police, under the ICITAP Program, United States Department of Justice. From 2007-2016, he was Executive Director of the Global Partnership for the Prevention of Armed Conflict (GPPAC) based in the Netherlands. At earlier stages of his career, Peter worked with OxfamNovib and was the first Executive Secretary of the International NGO Forum on Indonesian Development (INFID). He has published op-eds, articles and chapters in books, academic journals and other media on the role of civil society, accountability, human rights and human security, as well as on social and political developments in Indonesia. Peter is a Non-Resident Faculty with the Kroc Institute for International Peace Studies at the University of Notre Dame (IND-USA).