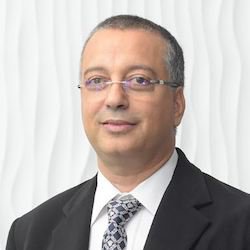 Head of the Research Centre for Carbon Dioxide Capture and Utilisation

Associate Dean (Research) for the School of Science and Technology at Sunway University, Malaysia

Recently he has established the Centre for Carbon Dioxide Capture and Utilisation (CCDCU) at Sunway University and was appointed as the Head of the centre on 1st January 2018.

His research addresses fundamental and technical issues related to water, energy, and environment. He is interested in developing green solvents, sorbents and processes for CO2 capture and utilization; treatment of water and wastewater using novel adsorbents and advanced electrochemical processes; production of biodiesel and transformation of its by-products to value-added chemicals; and providing safe water to communities in remote areas through the application of membrane technology. He supervised to completion 30 Ph.D. including 2 Dual PhD and 20 Master students. His research generated more than 160 articles in ISI ranked journals and more than 6,000 citations. His h-index is 40.