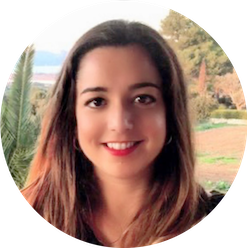 Marga is the founder of SciDipGLOBAL, an international strategy, advisory, research and training consultancy helping governments, scientists, NGOs and multilateral organizations strengthen the links between science, technology and international affairs to address common challenges and navigate global transformations. She helped design the science diplomacy strategies of many Latin American governments, Spain, and the EU, and in 2016 became the youngest member appointed to the Research, Innovation, and Science Experts (RISE) advisory group to former European Commissioner for Research & Innovation Carlos Moedas. She currently advises the EU-Horizon 2020 Science Diplomacy Cluster and The World Academy of Sciences (TWAS) and is an associate researcher and professor at UNAM Mexico.

Born in a Mediterranean island and trained as a molecular biologist in Spain, Australia and the US, Marga entered the world of multilateral diplomacy at the United Nations, where she helped elevate the role of science in the lead up to the 2030 Sustainable Development Agenda. As Arizona State University faculty and Senior Project Director of the AAAS Center for Science Diplomacy, she was a pioneer in science diplomacy education, strategy and capacity building around the world.

Marga is an associate editor of the AAAS Science & Diplomacy journal and a high-profile speaker and media analyst on the science diplomacy dimensions of current affairs. She has received many honors and awards, including 100 Spanish experts in innovation, Huffington Post 40 Under 40 Latinos in Foreign Policy, Aspen Ideas Festival Scholar, Georgetown University Global Competitiveness Leadership Fellow, and WEF Young Global Leader.

She is passionate about developing the next generation of science diplomats and has developed innovative training methodologies including improvisation and experiential learning. She co-founded the first Science Slam in Latin America in partnership with UNESCO. In 2019 participated in the largest all-women expedition to Antarctica to promote women's leadership in science diplomacy and climate action.