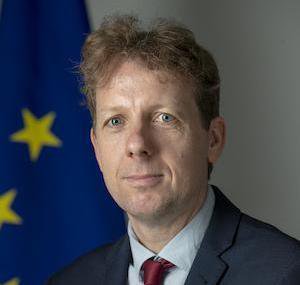 HE Igor Driesmans has served as the EU Ambassador to ASEAN since 2019. He was previously a Member of the Cabinet of Federica Mogherini, High Representative of the Union for Foreign Affairs and Security Policy/Vice-President of the European Commission. His responsibilities included Asia and Pacific, Cultural Diplomacy, Transport and Fisheries. He previously served as Principal Assistant to the Chief Operating Officer of the European External Action Service (2014), Desk Officer for ASEAN (2013-2014), and Deputy Head of the Political, Economic, Trade and Information Section of the EU Delegation to South Africa (2009-2013). Ambassador Igor Driesmans has been an official of the EU since 2003. He holds a Masters in History from University of Gent (Belgium).