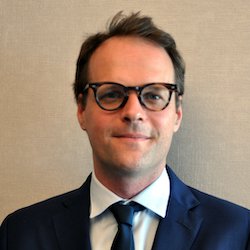 Attaché for scientific and higher education cooperation, Embassy of France

Prior to his Embassy assignment, Guillaume was most recently Ass. Prof at the University Paris-Est (2009-2018), pursuing research in Environmental Sciences, in particular aerosol metrology, air quality and its impact on human health. Guillaume served as the general secretary of the French Association for Aerosol research (ASFERA). He also conducted teaching activities in process engineering and clean technology, and supervised masters and PhD students.

Starting from 2004 until 2009, Guillaume worked in Vietnam in applied agricultural research for CIRAD, and in process engineering at the Hanoi University of Science and Technology (HUST). In 2008, Guillaume received a joint PhD from the University of Bourgogne and HUST, and in 2009 served as a young research fellow at AgroSup Dijon, France.

Guillaume also worked at the interface of science and industry at Danone Group in Belgium (2001-2002). Before that, Guillaume received his Engineering degree (2000) and completed an additional Master degree from AgroSup Dijon in 2005.