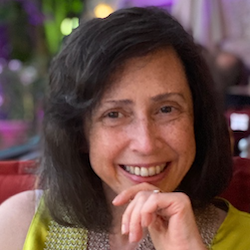 Begoña Arano is Head of the Department for Marie Skłodowska-Curie Actions & Support to Experts at the European Research Executive Agency. She holds a PhD in Biological Sciences from the Complutense University in Madrid. She worked as a researcher at the Spanish Research Council (C.S.I.C) and was awarded a Marie Curie Fellowship between 1996-1998.

In 1998 she joined the European Commission as Scientific Officer within the Unit for Marie Curie Fellowships (Improving Human Potential Programme). From 2007, she was a Head of Unit in the Directorate General for Research and Innovation, where she was successively responsible for the Marie Curie Actions (Networks), Communication, and the International Cooperation with North America, Latin America and the Caribbean. She later became Head of Unit in charge of innovation and the European Institute of Innovation and Technology (EIT), in the Directorate General for Education, Youth, Sport and Culture.