European culture through the ages comes to Bangkok 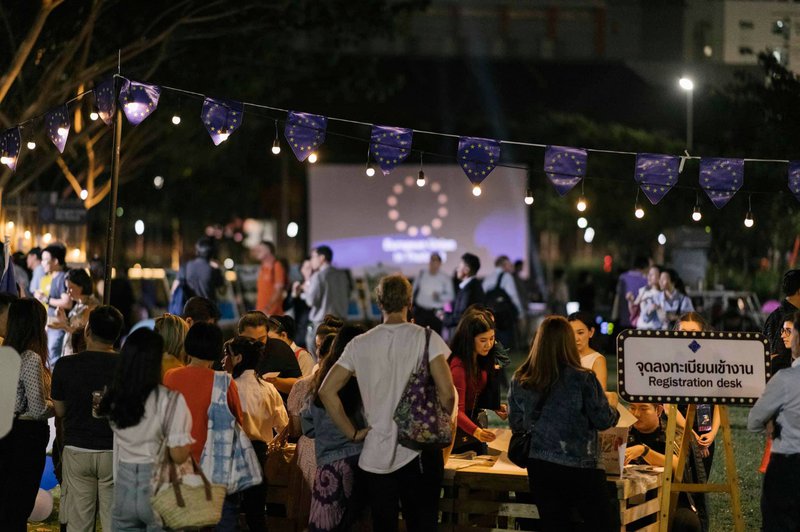 Culture reflects the soul of a community and country. It is a barometer for the well-being of societies, binding global populations through similarities and differences. Guided by its motto 'united in diversity', the European Union (EU) emphasises the promotion of intercultural dialogue for peaceful inter-community relations and views it as a catalyst for sustainable social and economic development.

Indeed, Europe's rich movie heritage is one of its best-known cultural exports. Cinephiles around the world have for decades viewed the continent through the prism of the silver screen, which explains why the annual flagship European Union Film Festival (EUFF) is one of the EU's flagship cultural events.

In 2019, the EUFF returned to Bangkok with its second consecutive open-air instalment. The EU Delegation to Thailand (EUD) with EU Member States (EUMS) organised the outdoor showcase at outdoor venues across the Thai capital. From 19 November to 15 December, 17 films, each from a different EUMS, were aired, promoting the diverse culture of each country. The eight locations included CU Centenary Park, EUMS ambassadorial residences, Alliance Française Bangkok and Goethe-Institut Thailand. More than 2,800 attended the free event, catching renowned flicks like Danish hit A Fortunate Man, Germany’s Gundermann and Spain’s entry La Novia.

Earlier in the year, the EUD joined forces with cultural centre River City Bangkok to raise awareness amongst the Thai public of Europe's cultural diversity through an engaging lecture series on the Renaissance period.

Hosted by Professor Paolo Euron, a former assistant professor of Italian and philosophy lecturer at Chulalongkorn University, the first of the four lectures on 23 August focused on the art, science and life of Leonardo Da Vinci. The following day, Euron enlightened the audience on another figurehead of the Italian Renaissance in a lecture titled 'Art and Nature in Michelangelo'.