EU teams up with Thai public to tackle marine pollution 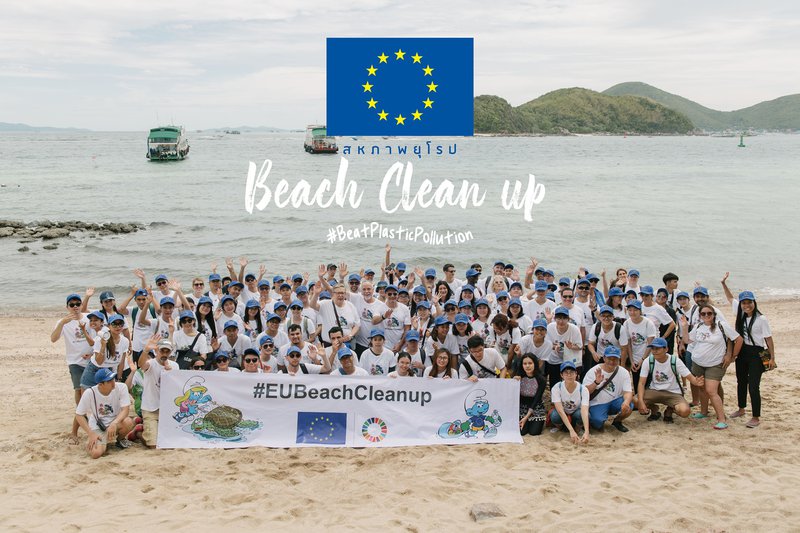 The volume of marine debris generated across South East Asia is increasing annually. And without effective and practical waste management infrastructure improvements, the amount of plastic entering the marine environment is predicted to increase tenfold by 2025, according to the United Nations' Food and Agriculture Organization.

In response to this acute need for regional nations to react and enact comprehensible and scalable solutions to tackle plastic pollution and marine litter, the EU Delegation to Thailand (EUD) collaborated with Mahidol University International College (MUIC) to conduct a beach cleanup on Thai island Koh Sak on 12 September 2019. Organised as part of the global #EUBeachCleanup campaign, the activity aimed to drive awareness of individuals' positive impact on addressing pollution through waste collection and an expert presentation.

During the activity, the 150-plus participants were divided into several groups led by MUIC lecturer Dr Wayne Phillips, who heads ecological research on the island via Project Koh Sak, and his students. The hands-on class taught the EU Ambassador, EUD staff and public volunteers about effective trash collection methods and the lifecycle of plastic – from inception to its implication on coral reef systems, food chain and human health.

In cooperation with global partners, restoring biodiversity, protecting the ocean, and empowering citizens are key components of the ambitious European Green Deal. The #EUBeachCleanup campaign combines all of these goals in addition to tackling plastic pollution and marine litter as part of the EU's global strategy to restrict certain single-use plastics.

More than 80 per cent of marine litter is plastics, according to a recent International Union for Conservation of Nature report. Plastic accumulates in seas, oceans and beaches in the EU and worldwide. Residues, meanwhile, are found in marine species – such as sea turtles, seals, whales and birds, but also in fish and shellfish, and therefore in the human food chain.