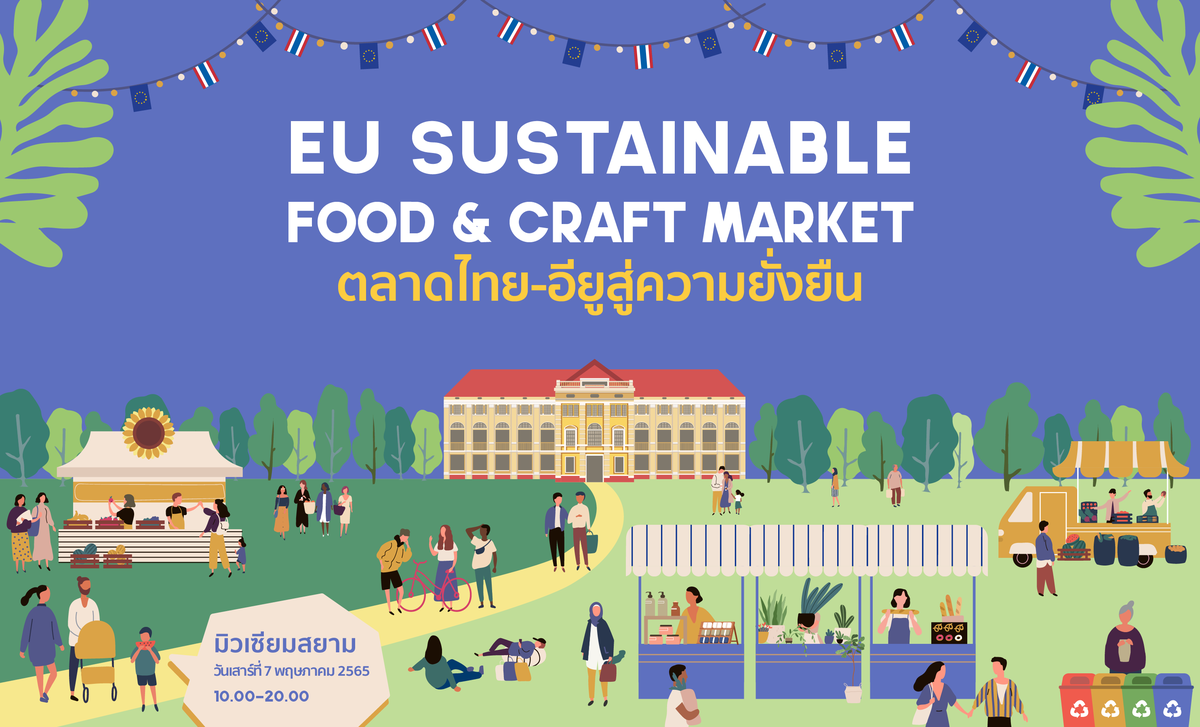 The EU Delegation (EUD) to Thailand partnered with Museum Siam and the Bangkok Metropolitan Administration to organise the EU Sustainable Food & Craft Market on 7 May 2022. The event also marked the Museum building's 100th anniversary.

The full-day event highlighted the importance of organic products as part of a healthy, eco-friendly lifestyle – key components of the EU's Farm to Fork Strategy and EU Green Deal – and showcased various organic and sustainable food and craft products.

More than 1,000 people attended and learned about how they too can make green choices in support of green growth. Events such as these have a critical role in raising awareness, shaping values and inspiring people to go green.

The Market featured many interactive elements, including three walk-in sustainable workshops, highlighting fun and innovative ways to adopt a more eco-friendly lifestyle, including:

Approximately 530 participants – more than half of the attendees – joined the workshops, and 150 people took part in the quiz held at the Rethinking Plastics booth. 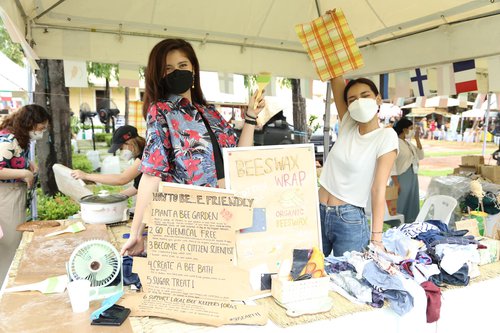 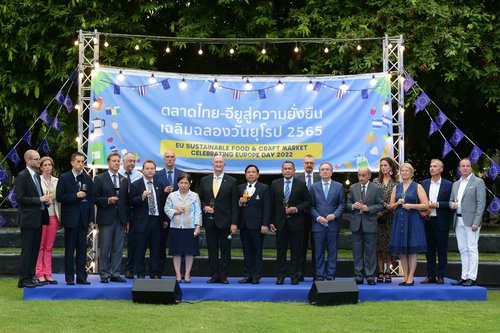 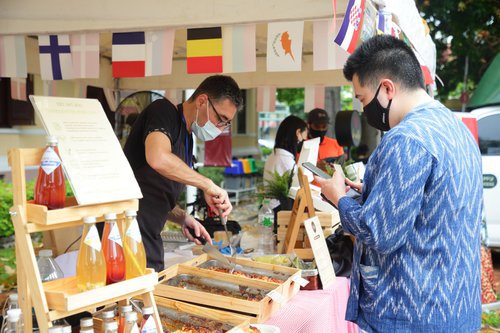 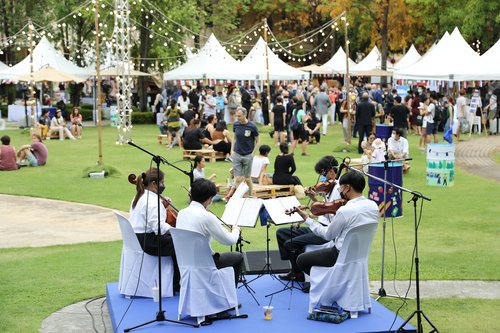 Museum Siam is one of Bangkok’s finest examples of neoclassical architecture. The 'New Take on Old Building' exhibition charted the history of the heritage property – masterminded by Italian architect Mario Tamagno and a team of European collaborators during the reign of King Vajiravudh – from its beginning as offices of the Ministry of Commerce through to its current incarnation. Alongside the photo exhibition, Museum Siam hosted a range of interactive activities as part of the ‘Sao Sanam Chai: Saturday Happening’ series. These included a workshop on the history of architecture and the role of foreign architects in the Kingdom of Siam, an immersive children's walking tour and a performance reenacting milestone moments from the heritage building's past.

The event culminated with the ‘Toast to Europe Day’ ceremony, featuring remarks from the EU and Thai officials and a live outdoor performance from the College of Music, Mahidol University string quartet band, including a rendition of the EU anthem ‘Ode to Joy’.

H.E. Mr David Daly, Ambassador of the European Union to Thailand, was joined by EU Member States’ Ambassadors and Thai representatives – including H.E. Mrs Chulamanee Chartsuwan, Deputy Permanent-Secretary of the Ministry of Foreign Affairs; Mr Chalermpol Chotinuchit, Deputy Permanent Secretary of the Bangkok Metropolitan Administration; Mr Oleksandr Lysak, Ukrainian Chargé d'Affaires; and Mr Rames Promyen, Director-General of the National Discovery Museum Institute, the Office of Knowledge Management and Development of the Prime Minister Office, to raise a glass and share a few words on EU-Thailand relations, the significance of Europe Day during these challenging times, and the role a sustainable lifestyle plays in addressing the climate crisis.