A public talk series co-hosted by the EU and think tank ISIS Thailand sets out to promote Thai partnerships for the EU Strategy for Cooperation in the Indo-Pacific, starting with a focus on democracy, human rights and the rule of law in Myanmar 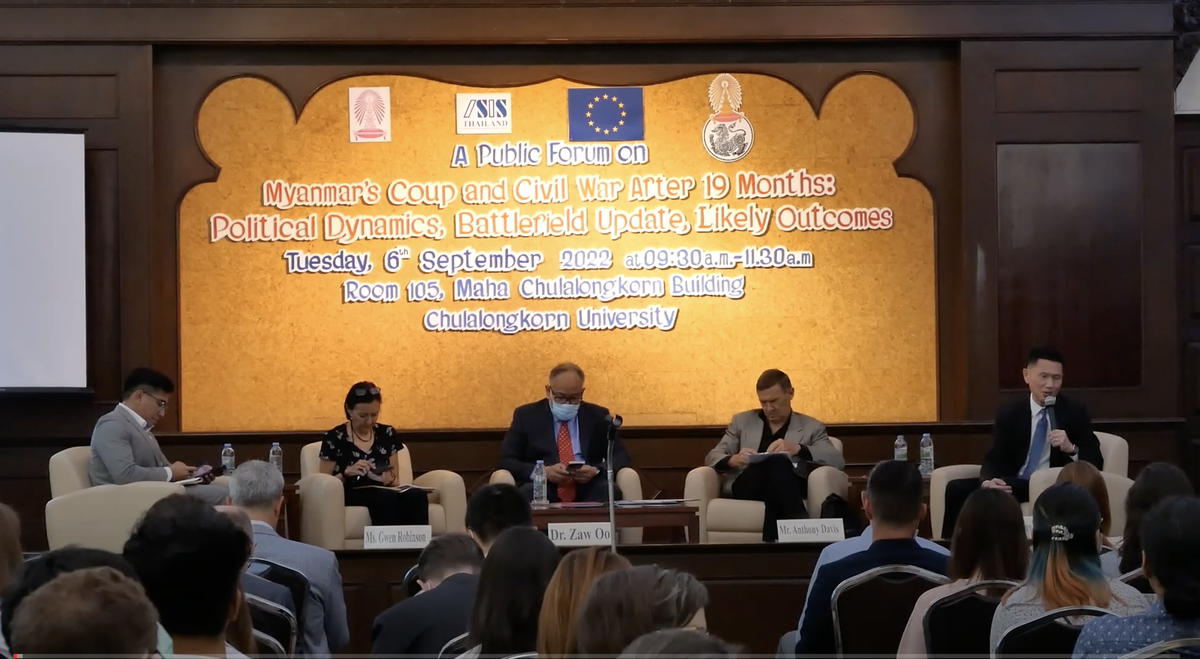 On 6 September 2022, the first in a series of talks co-hosted by the EU Delegation to Thailand (EUD) and think tank the Institute of Security and International Studies (ISIS Thailand) was launched with a discussion on the situation in Myanmar and its wider ramifications.

HE David Daly, EU Ambassador to Thailand, led with a clear message that the EU has from the start condemned the military coup and called for an immediate end to the violence, access to humanitarian aid, freedom for all political prisoners and restoration of power to democratically elected representatives.

Ambassador Daly further relayed EU support for the work of the special representatives on Myanmar under the UN Secretary-General and ASEAN President, with assurances that the EU remains ready to cooperate with other countries to advance the return to peace, justice and democracy in Myanmar.

Five more talks are scheduled for the series, which will continue to target policymakers, the international development community, academia, civil society, and media. The dialogue supports the EU-ASEAN Strategic Partnership formalised in 2020, as well as the common vision of all 27 EU Member States in the EU Strategy for Cooperation in the Indo-Pacific — a region home to more than half of the world’s population.

ASEAN is at the heart of this strategy, as its regional integration and cooperation have brought peace and stability to Southeast Asia, allowing for an interregionally connected political, social and economic development. As the core of the Indo-Pacific region, Southeast Asia will continue to be an engine for global economic growth while charting the path ahead for global peace, security and stability.

The first talk of the series can be rewatched here.