A special TV coverage on the EU-Vietnam partnership for clean and sustainable energy brings timely attention to one of Asia’s fastest growing energy import markets, against the backdrop of global energy challenges and ahead of COP 27 in Sharm El-Sheikh 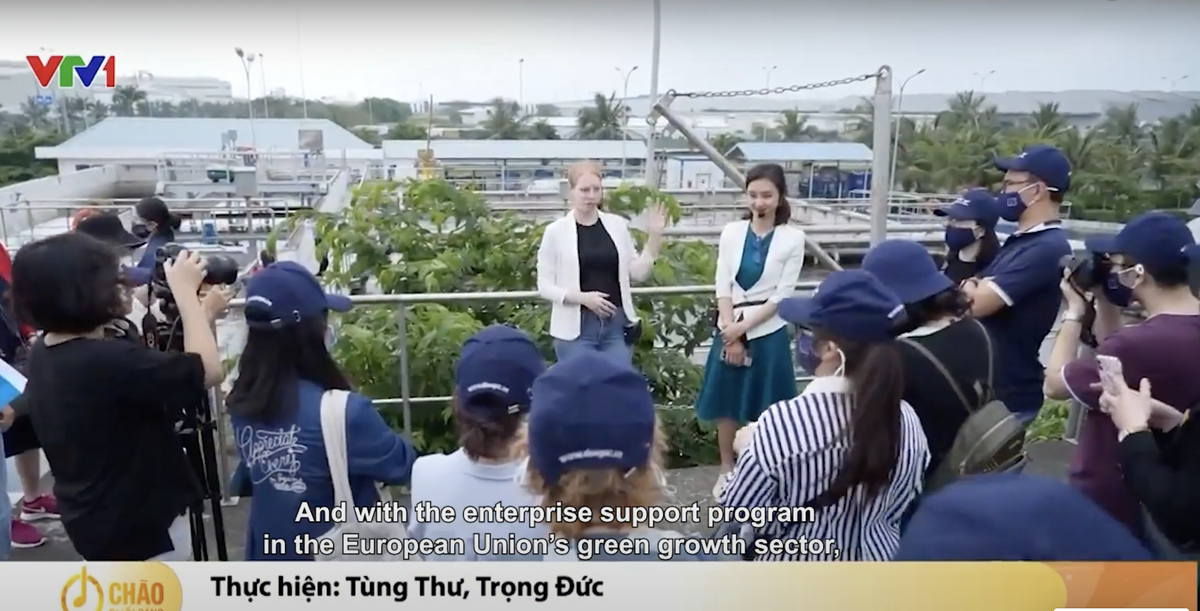 On 15 October 2022, a special feature on the EU’s green investments in Vietnam was aired on Vietnam Television (VTV). Produced in collaboration between VTV and the EU Delegation to Vietnam (EUD), the segment illustrates how European investments, in line with the European Green Deal, in Vietnam and around the world are helping to achieve a reduction in net greenhouse gas emissions by at least 55% of levels seen in 1990 by 2030 — a target referred to as ‘Fit for 55’.

The coverage included European-invested eco-industrial zone DEEP C, where operations are sustainably run on state-of-the-art technologies for large-scale wastewater treatment, clean energy through solar and wind power, and the first road made from recycled plastic in Vietnam.

Mr. Rui Ludovino, First Counselor of EUD, explained the European Green Deal along with measures such as EU legislation on climate and energy and ‘Fit for 55’, which aim to make Europe the first carbon-neutral continent by 2050. He cited how the EU has already provided EUR 210 million in funding from 2021 to 2024 to support Vietnam’s own commitment to carbon neutrality by 2050 — a pledge made by its Prime Minster at the 26th UN Climate Change Conference (COP 26) in November 2021.

Mr. Ong Trinh Quoc Vu, Deputy Director General of the Department of Energy Efficiency and Sustainable Development at the Ministry of Industry and Trade in Vietnam also weighed in, outlining how the EU is working with Vietnam on energy conservation as one of the most effective ways to reduce emissions.

With a sizeable population and strong economic growth, Vietnam's annual electricity demand is expected to grow by 10–12% per year over the next decade. The nation’s attractiveness to foreign investors increasingly relies on its clean energy capacity, and the government has prioritised the development of a green economy by supporting new energy sources and encouraging enterprises to accelerate their green transformation.