The fifth in a special feature series on the EU-Vietnam sustainability partnership sheds light on how one EU-funded project is bringing clean and affordable energy to local communities in Da Nang, Vietnam 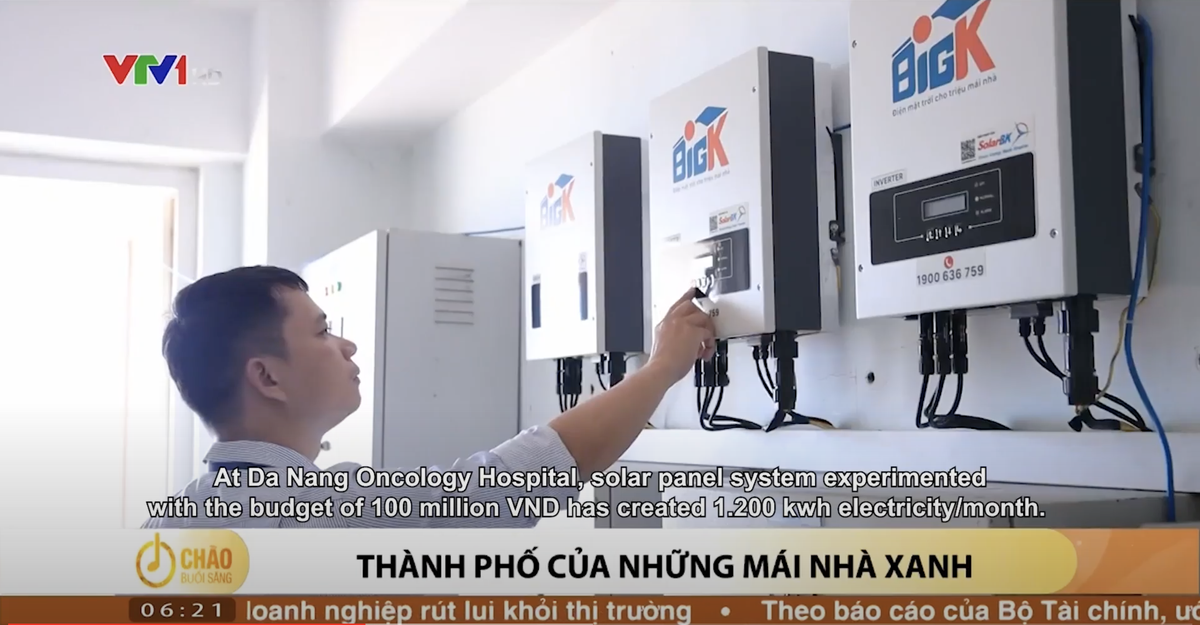 The project, 'Development of Solar Energy in Da Nang' (DSED), was funded by the EU and implemented together with the Da Nang Energy Conservation Centre (DECC) from 2017 to 2021. It is part of Vietnam’s drive to phase out its carbon-intensive energy, while simultaneously inching closer to the EU’s aim for a climate-responsive digital and circular economy in Vietnam, powered by increased renewable energy and enhanced energy efficiency.

The joint effort will also contribute to the EU’s strategic goal, under the European Green Deal, to decarbonise the energy system – an essential step to reach climate targets in 2030 and 2050.

VTV’s report accentuates the tangible benefits of rooftop solar power, with representatives of school and hospital beneficiaries of the project vouching for the stability and cost-saving effects of their new energy supply.

Mr. Rui Ludovino, First Counselor of the EU Delegation to Vietnam (EUD) and charged with matters on climate action, environment, employment and social policy, highlights the great potential for renewable energy in Vietnam along with EU plans to help scale up this sector. This comes at a time when annual electricity demand in Vietnam – which is experiencing strong economic growth for its large population – is expected to increase by 10-12% per year over the next decade, making it one of the fastest growing energy consumers in Asia.

The series of special features have been testament to the steadfast and mutually beneficial partnerships between the EU and Vietnam in promoting green growth and sustainable development. The next and final episode will focus on circular economy solutions at Cat Lai Port in Ho Chi Minh City, and is scheduled to air in November 2022.