As the World Cup pushes ahead in Qatar, the EU takes pride in the sport of football as a European invention and global export consumed by millions worldwide, including in Vietnam 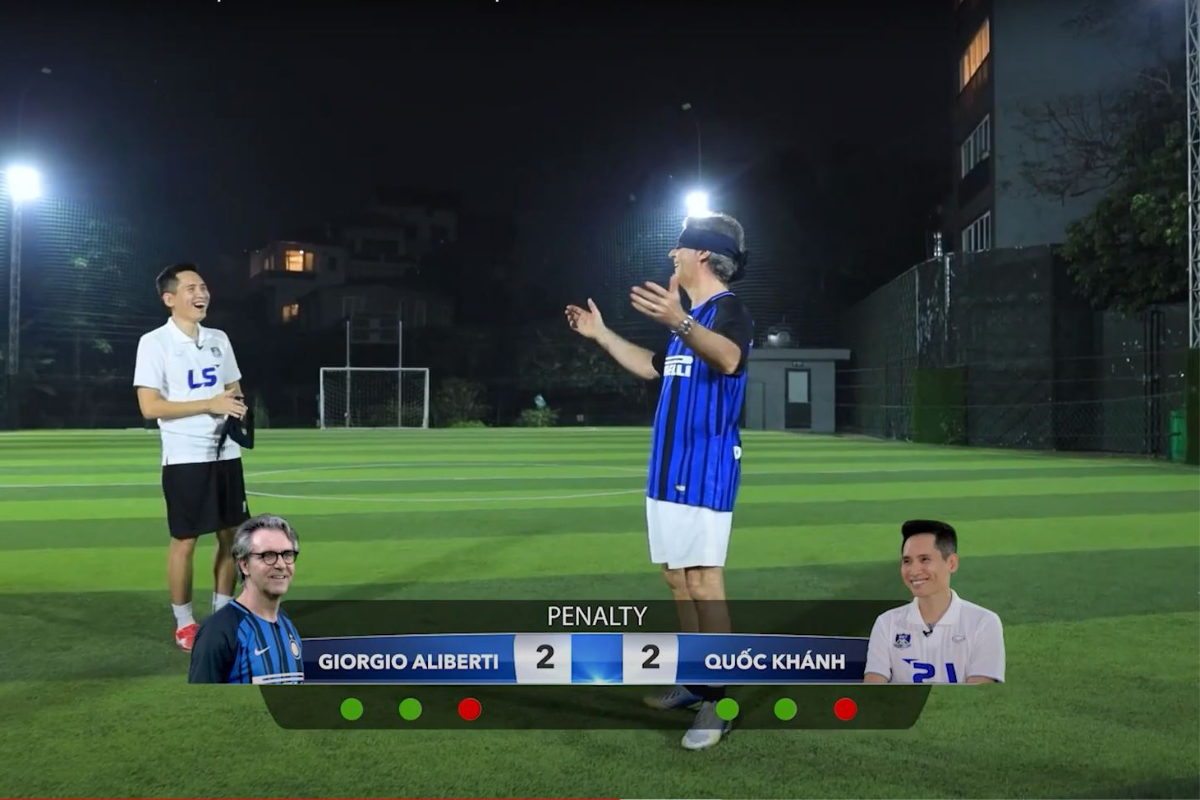 Sport commands a platform for fans around the world, not only for their entertainment but also as a means to tackle broader social problems such as racism, social exclusion and gender inequality.

On 30 November 2022, EU Ambassador to Vietnam HE Georgio Aliberti met with Vietnam Television (VTV) sports editor Mr Nguyen Quoc Khanh on the football field, for a quick match and to chat about football as a sport that shares a core set of values and provides young people with role models.

After a draw, the discussion resumed at a local pub, where the two talked about the importance of European football systems that nurture young players and support the inclusivity of women and girls, building a stronger community for the whole of society.

‘Football - Your Inspiration’ is the second episode of the series FYI - Chat with EU Ambassador recently launched by the EU Delegation in Vietnam (EUD), in which a new guest is invited for casual discussion around topics that are front and centre in both the EU and Vietnam.

This month’s episode airs on the backdrop of the FIFA World Cup 2022, where 13 of the teams hail from the EU. A seasoned commentator on and avid fan of European football matches and teams, Mr Nguyen has his fondest memories of reporting in Europe and shared Ambassador Aliberti’s wishes for the successful future of football in Vietnam.

Besides the economic benefits it provides, sport is an important tool in foreign relations for the EU — and, with football fans across the nation — Vietnam is no exception.

The next generation of sport players in the EU and abroad is being cultivated by a range of policies and programmes such as Erasmus+, which promotes learning mobility of sport staff, as well as cooperation, quality, inclusion, creativity and innovation. These actions support capacity building projects around the world as a vehicle to promote values as well as an educational tool to promote the personal and social development of individuals and build for cohesive communities.

Stay tuned for further episodes of the FYI series via the EUD’s Facebook page and YouTube channel.